Some of my earliest memories of glass involve family vacations and spending what seemed like long hours in the local shops watching a lampworker make barometer swans, lace pianos, and little glass animals. I could stand there all day (I still can).
Years later I began working at the Minnesota Renaissance Festival, and — not surprisingly — the glassblowing booths there were always a big attraction for me. After hours, the glassblowers would continue working long into the night, often drawing a crowd of onlookers (one of which was almost always me). If you were lucky, they’d sometimes let you try your hand at glassblowing.

I eventually met my partner, delayne, at the same Festival and began working with her in her shop (coincidentally located right next to a glassblowing booth), selling pen & ink art. We often talked about going ‘on the road’ and doing other Renaissance Festivals. But a drawback for me was the fact that I didn’t do anything ‘artistic’ and, as a computer consultant, I didn’t feel that I could easily give up my salary.

Then came December 7th 2001, a day that will live in infamy (to steal a quote): I was laid off from my job. I panicked for weeks until delayne suggested I take a class in something creative. We both remembered learning that a relatively local bead shop (Glass Garden in Northfield, MN) offered glass beadmaking classes so we both bought lampworking kits and signed up for the next available class. Since the class was a few months away, I sat down with Cindy Jenken’s book and tried to teach myself how to make beads. They were rough and tiny and imperfect, but they were beads! (Delayne was impressed.) I also tried making marbles, but I could not figure out how to use the marble mold I’d purchased (it’s not intuitively obvious), so my creations were anything but round. (It would take another six months before I figured out how the mold actually worked!)

The first day of the beadmaking class finally arrived. MaryAnn Moenck was the instructor, and both delayne and I thoroughly enjoyed the time we spent with her learning the craft of lampworking. Working with the glass became such an obsession with us that we soon regretted that there was only room enough at home for one torch setup — delayne and I would nearly arm-wrestle each other for dibs! It took forever to wean her off the torch and get her back into her studio drawing again.

It was obvious to me that glass was in my blood now! I bought an annealing oven and a minor burner and set to work. At the next season’s Renaissance Festival I shared my creations with friends who urged me to try selling them there, and by the following year I was juried into the show. And not long afterwards, I was accepted in to the Bead and Button show in Milwaukee. 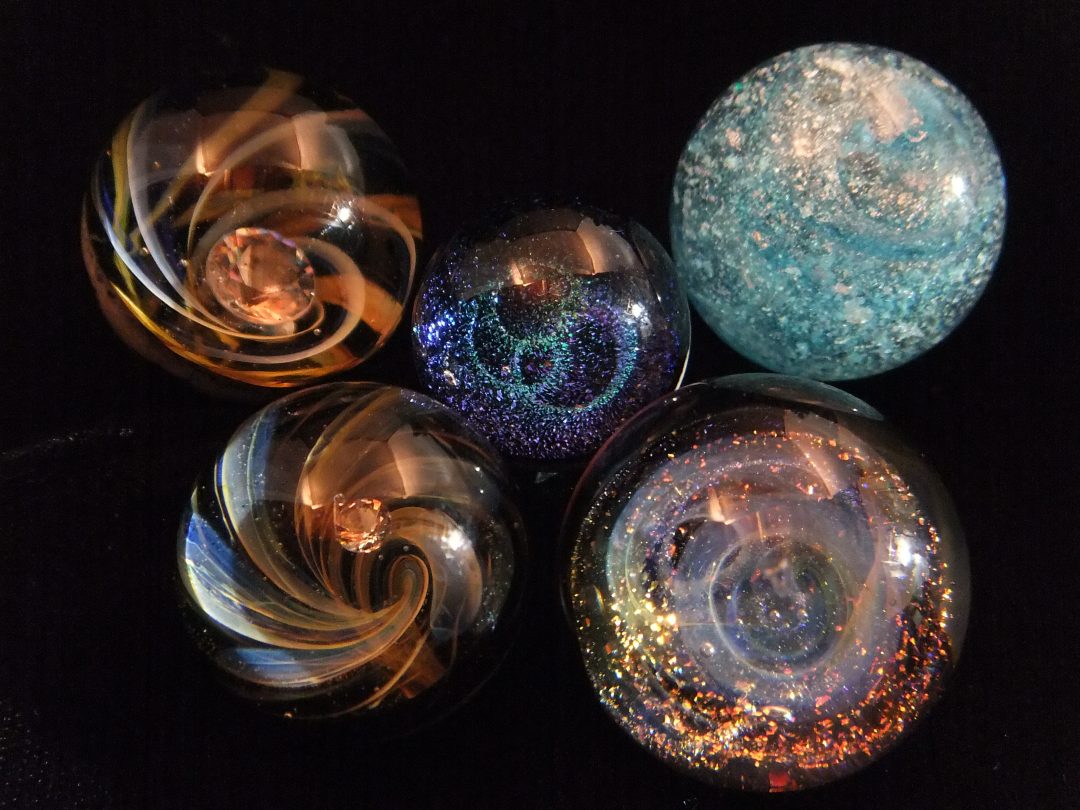 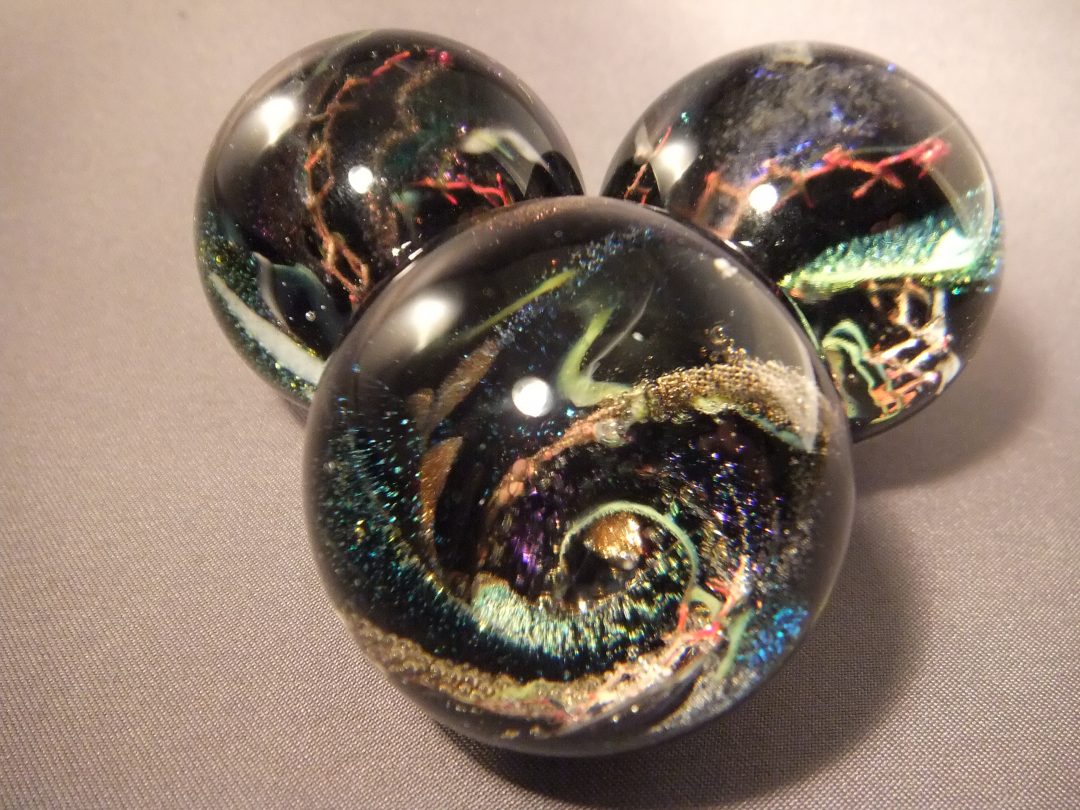 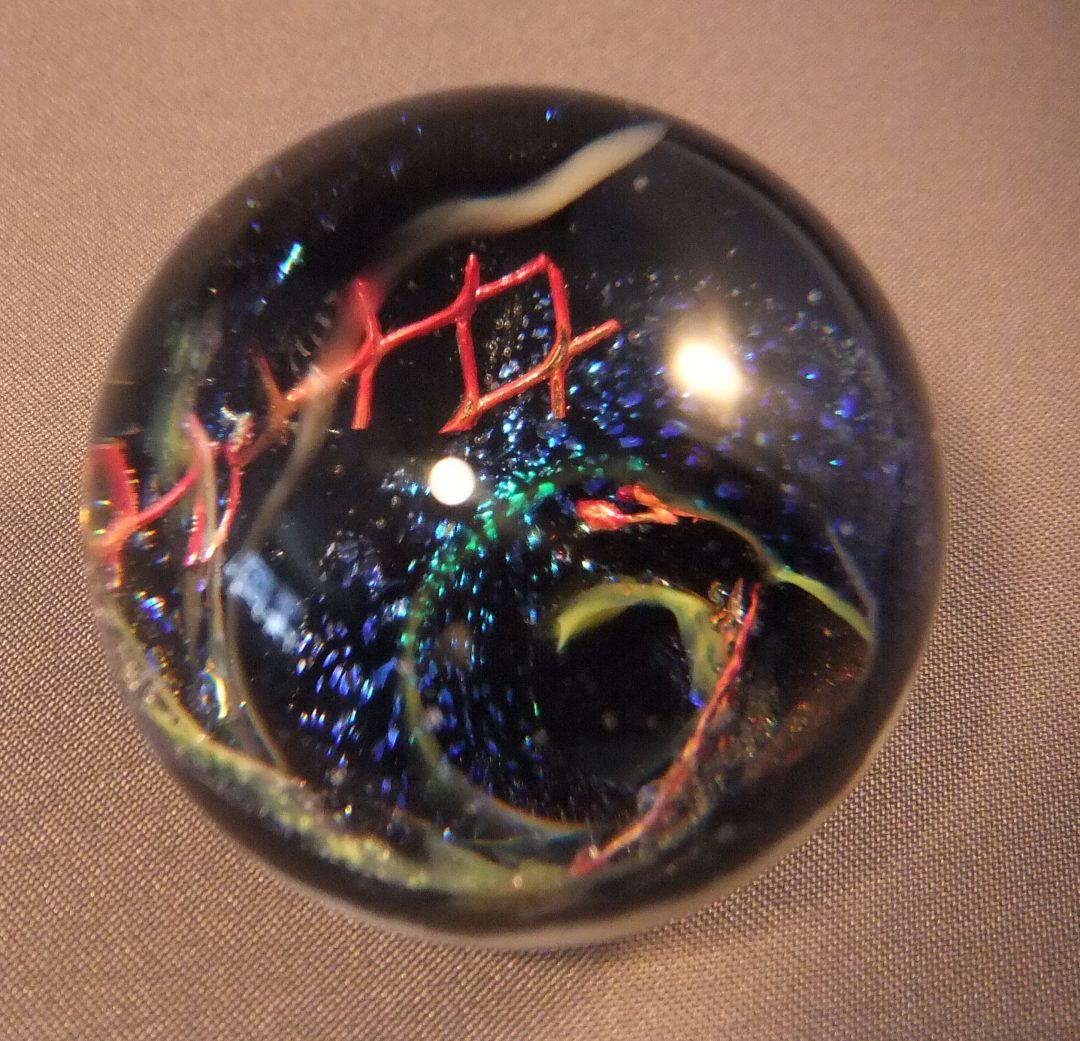